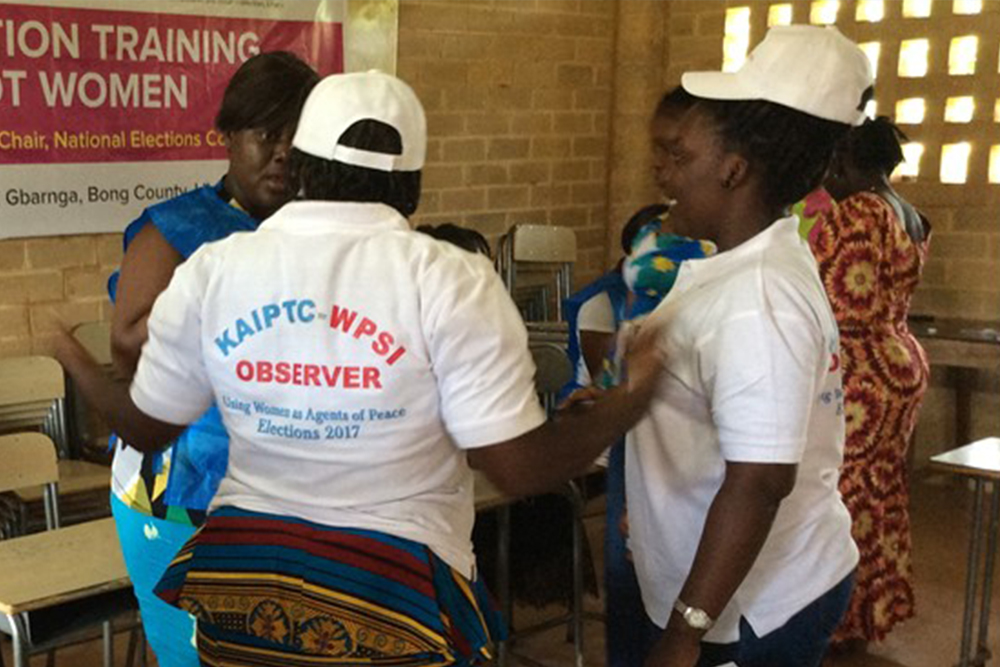 Liberia, Sept 22- Oct 13 2017: Liberia has made impressive efforts at consolidating its burgeoning democracy by organizing two peaceful elections after a decade of armed conflict. However, recognizing electoral democracy by holding elections and alternating parties in power does not provide sufficient evidence that a country is achieving democracy[1]. Recognizing fundamental human rights and proving equal opportunity for both men and women to fully and actively participate in politics and decision-making forms the core of democracy and essential to the achievement of sustainable development and peace in all contexts — during peace, through conflict and post-conflict, and during political transitions[2].

In recent past decade, the crucial role of women in sustaining peace and deepening the democracy of Liberia cannot be underestimated. They frequently organized peace programmes, participated in the national reconciliation activities, aided the government in bringing about democratic elections by actively participating in the electioneering processes, facilitated inter-religious prayer sessions and peace march, among others. This to a larger extent has helped maintain the peace of Liberia.

In support of the unflinching efforts of women in establishing permanent peace in Liberia, the Kofi Annan International Peacekeeping Training Centre (KAIPTC) under the auspices of the Women, Peace and Institute (WPSI) organized and also participated in series of activities all aimed at supporting efforts in consolidating Liberia’s democracy, and most especially promoting women’s active participation in electoral processes. Activities included: