When the Gambia celebrated its 55th Independence Day Celebration on 18th February 2020 it did so with a landmark achievement for gender equality. The National Independence Parade was for the first time commanded by a female Officer in the person of Lieutenant Colonel Arabiatou Jarjue.  Lt. Col. Jarjue is among the first six females recruited into the Gambia Armed Forces in 1995. She formed part of the seventeenth intake into the Armed Forces which was established in 1984.

Born on 2nd March, 1975 in Faraba Banta Village, Lt. Col. Jarjue attended the Faraba Banta Primary School and the Birikama Secondary Technical School for her secondary education. She has elementary and intermediary diploma level certificates in typewriting, English Speakers of Other Languages (ESOL), Integrated Business Stages I and II and Information Technology all from the Pitman’s Qualification program in the Gambia. She also holds a diploma in Gender and Development Studies from the Gambia Management Development Institute, an advanced diploma in Computer Training from the SG Computer Training Centre-Gambia and a certificate in Gender Perspectives in United Nations Peacekeeping Operations from the Peace Operations Training Institute.

During her 25years service in the Armed Forces, Lt. Col Jarjue has served in diverse capacities within the Force. Starting off as a clerk, she has risen through the ranks, serving in eight positions and is currently the Deputy Inspector General of the Gambia Armed Forces. She has also served on the United Nations Peacekeeping Mission in Liberia (UNIMIL) (2008-2009) and the United Nations and African Peacekeeping Mission in Darfur (UNAMID), Sudan (2013 to 2015)

Lt. Col. Jarjue is self-motivated, open to learning new skills, and making the best out of opportunities presented to her. She is among the first cohort of 16 dynamic African women leaders from 11 African countries of the KAIPTC-WPSI Inspiring African Women Leaders in Peace and Security (IAWL-PS) programme. Lt. Col Jarjue applauds this program for enhancing her leadership skills. She seeks to implement her change initiative, focused on increasing meaningful participation of females in the Gambia Armed Forces and in Peace Support Operations.

KAIPTC-WPSI and the Inspiring Africa Women Leaders 2019/2020 cohort commends Lt. Col Arabiatou Jarjue on the feat achieved and wish her the best in her future endeavours. 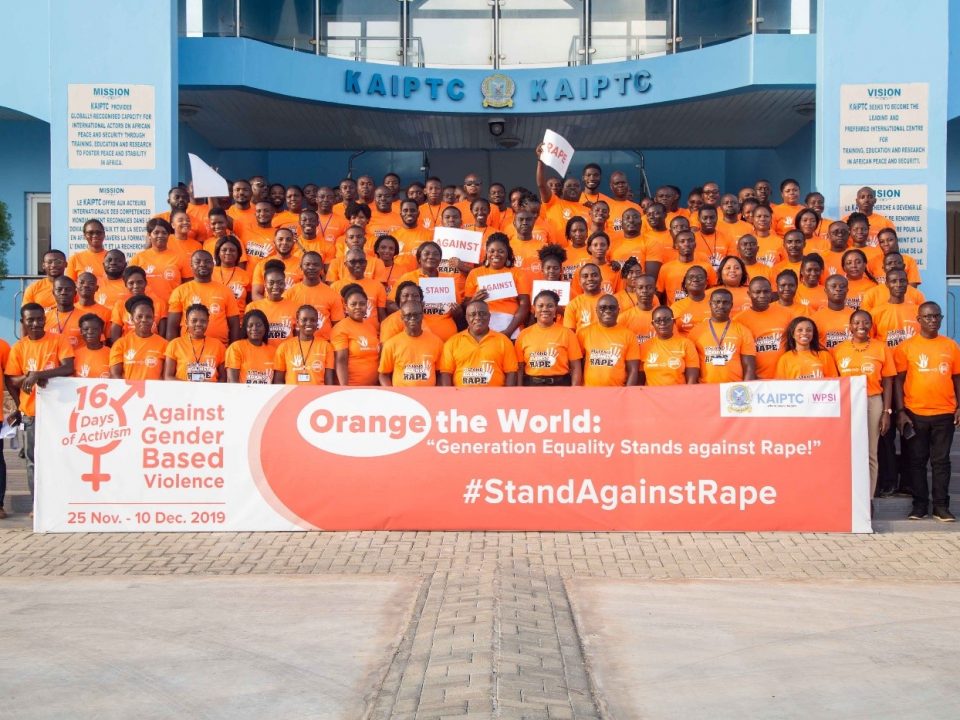