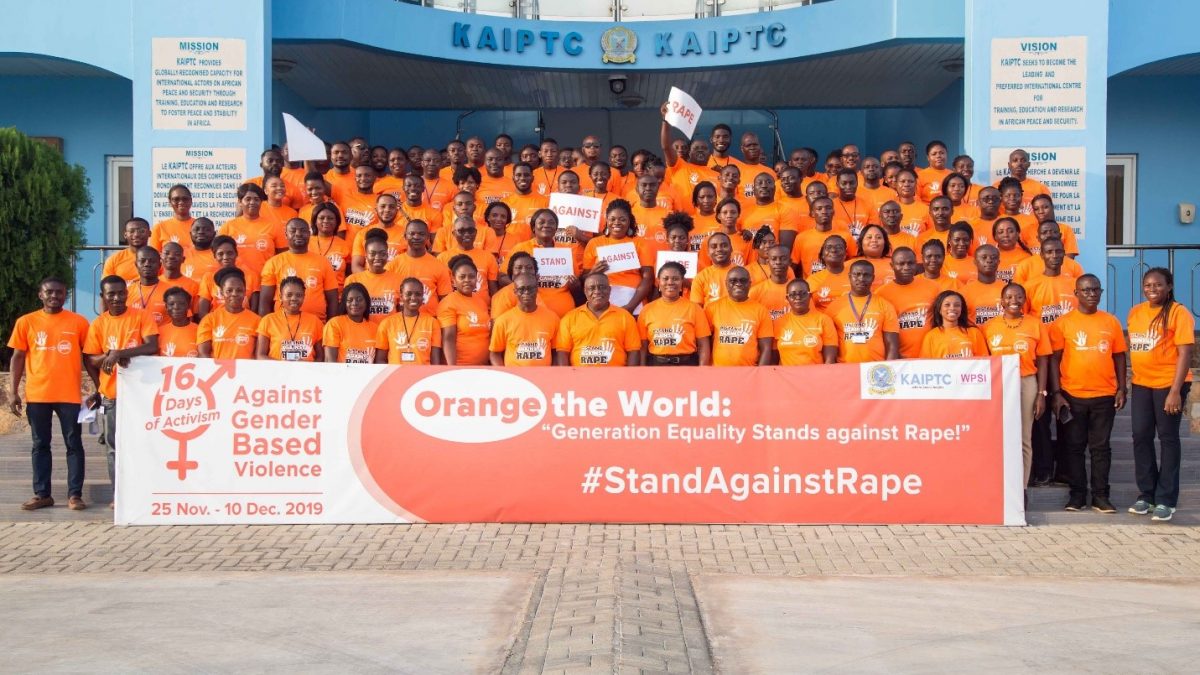 Accra, 25th November – 10th December 2019: The 16 Days of Activism against Gender-Based Violence is an annual international campaign. It commences from 25th November (the International Day for the Elimination of Violence against Women) to 10th December (International Human Rights Day). This campaign was initiated by gender activists at the inaugural Women’s Global Leadership Institute in 1991 and continues to be coordinated each year by the Center for Women’s Global Leadership.

It is used as strategy by individuals and organizations around the world to call for the prevention and the elimination of all forms of violence against women and girls.

In support of this civil society initiative, under the leadership of the UN Secretary-General, António Guterres, the United Nations Secretary-General calls for a global campaign and advocacy to create understanding and increase awareness to end Violence against Women by 2030. He therefore decided that starting 25th November 2019 and for the next two years the UNiTE Campaign will focus on rape as a specific form of harm committed against women and girls, in times of peace or war. The UN System’s 16 Days of Activism activities then began on 25th November 2019 under a global theme: Orange the World: Generation Equality Stands against Rape!.

In view of this call, the Kofi Annan International Peacekeeping Training Centre (KAIPTC) through its Women Peace and Security institute (WPSI) joined this year’s 16 Days Activism against Gender-Based Violence. The campaign involved daily online sensitization messages for KAIPTC staff, its course participants, alumni and general stakeholders about the prevalence of rape and Gender-Based Violence in their communities and workplace. It thus, increased public awareness and knowledge of these adverse phenomena against women and girls in particular. Additionally, the campaign aimed at educating staff on how to identify and prevent triggers of Gender-Based Violence; and more importantly how to seek redress should they become a victim of such acts. The 16 days, marked with solidarity message #StandAgainstRape, called on all stakeholders to be advocates against rape and violence against women.

As part of activities for the campaign, an interdepartmental debate was organized under the theme “in some circumstances, rape is explainable and or acceptable”.  The debating teams extensively dialogued on the issue of rape and educated staff on what constitutes this act and its adverse impacts on men, women and girls in particular. The debate also created a platform to specifically, re-sensitize staff on the Centre’s Sexual Harassment Policy which was officially adopted in 2014. Additionally, the Centre’s Senior Legal Officer educated staff on Ghana’s laws on rape and other forms of gender-based violence. Lastly, a Senior Police Officer also briefed staff on how to seek re-dress for victims of gender-based violence.

The KAIPTC’s initiative to join the Secretary General’s call for a global campaign attests among others to the Centre’s support and commitment to end all forms of violence against women and girls.