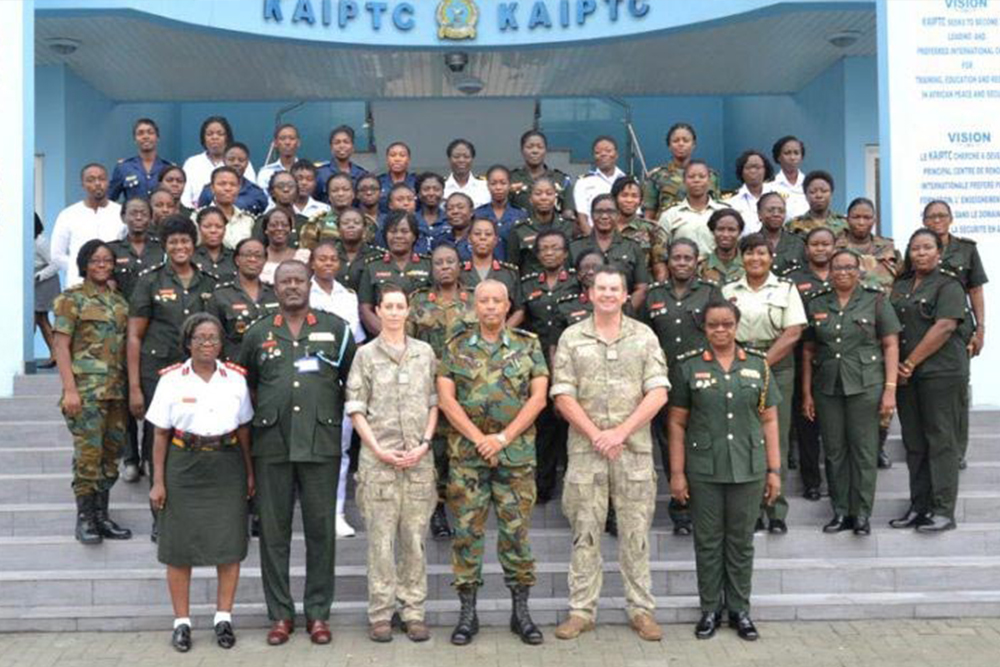 Accra, 22 November, 2017: The Kofi Annan International Peacekeeping Training Centre (KAIPTC) in collaboration with the New Zealand Defence Force on November 22, 2017 organized a one-day workshop on Gender in Peace and Security Operations at the KAIPTC. The workshop highlighted experiences of female commanders in UN Peace Operations as well as the roles of female officers in Peace and Security operations when in leadership positions. It also examined operational efficiency and lessons learnt from peace missions. The programme brought together seventy female (75) officers from the Ghana Armed Forces and the Ghana Police Service.

Participants had the opportunity to learn about the history of New Zealand and the policies and challenges that underpin the progress of the New Zealand Defence Force. Lieutenant Colonel Childs, a female officer who commands the largest infantry of the New Zealand army also shared her extensive experience in Peace and Conflict Operations around the world, specifically in East Timor, Afghanistan and Sudan with participants.

Sharing her leadership experience as a female officer Lieutenant Colonel Childs stated that leadership is not defined by ones sex but rather the individual’s ability to gain trust, lead, help others and convince people to do what they would not want to do. She add that she occupies her current position because of her skills, qualification and experience, thus, encouraged participants to add value to themselves, compete and be determined in their quest to reaching the highest level of their career.

During the Plenary session of the workshop participants were grouped into ranks and institutions to provide answers to below questions:

In response participants identified the absence of female officers in certain key Units like the Infantry and women performing supportive roles as some of the reasons for their absence in the upper tier of the Services. Participants therefore appealled to the authorities to be part of the Infantry and other Units that can catapult them to highest level of their career. Further, they are advocating for percentage increment in the recruitment of female officers and an Affirmative Action policy to be implemented in the entire GAF.